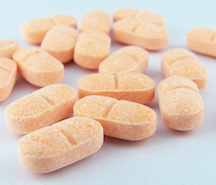 Vitamin C and its effects on stress

A German study conducted in 2001 has been inspired by several animal studies showcasing the effect of ascorbic acid, better known as vitamin C, on stress reactivity. In fact, these studies found that ascorbic acid supplements reduced cortisol secretion in different laboratory animals, such as chicks, chicken and common carp.

In order to verify if these results could be generalised to humans, the researchers recruited 120 participants, men and women in good health, between 19 and 40 years of age. Half of them took a significant dose of acid ascorbic supplements, 3000 mg per day for two weeks. The other half took a placebo, an inert substance. During their visit to the laboratory, all participants were submitted to a psychosocial stressor. Salivary cortisol, blood pressure and subjective stress measurements were also collected on several occasions.

The results suggest that the “ascorbic acid’’ group had a smaller increase in blood pressure and subjective stress in response to the psychosocial stressor than the ¨placebo¨ group, but no difference was found between cortisol salivary responses for the two groups. However, the ‘’ascorbic acid’’ group showed a faster salivary cortisol and blood pressure recovery (return to baseline levels) after the exposition to the psychosocial stressor.

It is interesting to note that in addition to vitamin C’s benefits as an antioxidant and its effects on the immune system, it also has an effect on stress reactivity. However, it is important to understand that high intakes of vitamin C does not eliminate stress, but instead lowers our physiological response to stressful events.