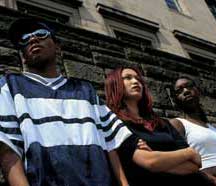 Researchers from Norway examined whether there is a link between Post-Traumatic Stress Disorder (PTSD) and school bullying.  This study of 963 children aged 14 and 15 in Norwegian schools found a high incidence of PTSD symptoms among bullied students.  These signs were seen in roughly 33{a4a662e1249520a94f8ce7e773ca0acfdaddb5b0f39745467b170a3329777f56} of respondents who said they had been victims of bullying. Findings also showed that girls were more likely to display PTSD symptoms than boys.

Furthermore, those with the worst symptoms were a small group of students who, in addition to being victims of bullying, frequently bullied fellow classmates themselves. The researchers hope that the findings of the study can help to increase awareness that a number of bullied school children may need support even after the mistreatment has ended.