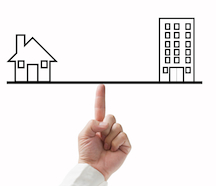 At the end of the 90s, Arlie Hochschild hypothesized that people are more stressed at home than at work. Recently, researchers form Pennsylvannia State University have attempted to validate this hypothesis.

In this study, they recruited 122 workers. These men and women had to fill out various questionnaires. Demographic information as well as job satisfaction were assessed. Additionally, the participants had to write down their mood, current location and subjective stress level six times a day during 3 consecutive days (2 weekdays at work and one weekend day at home).  They were also asked to provide saliva samples at each of these time points to measure cortisol an important stress hormone.

Overall, by considering the dissemblance between stress physiological measures and stress subjective measures it should be important to be more vigilant at home, especially knowing that stress can have negative effects on health.