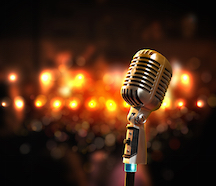 Grab your microphones! Sing to reduce your stress

According to a study conducted in 2004 at the Goethe University in Germany, singing out loud in a choir could be more beneficial for your immune system – the capability to fight bacterial and viral infections – than simply listening to a piece of music.

This study, which sampled 31 choral members who were on average 57 years old, wanted to measure the effects of two conditions on the immune system. In the first, participants listened to music, and in the second participants sang in a choral. They had to provide saliva samples so the researchers could measure the levels of immunoglobulin (2) (a protein with a role in immune defense)  and cortisol ( an important stress hormone) of their body. They also had to answer a questionnaire on their mental health, the PANAS (« Positive and Negative Affect Schedule ») and note their subjective stress on a scale from 1 to 10. All the measures were taken twice, one at the beginning of the experience and the other 60 minutes later.

The researchers were able to show that singing in a choir boosted the immunoglobulin secretions and had a positive effect on the mental health of the participants, as indicated by the PANAS, compared to simply listening to music. Finally, it was shown that the subjective stress levels where lower when participants listened to music, which could be attributed to the fact that performing could also have an important role in the results.

It remains that the researchers were not able to find a significant difference in cortisol levels between the two groups. This could be because of the fact that the participants, being members of a choir, enjoyed singing out loud in a group.

To conclude, singing out loud could be an effective way to lower stress. There is, however, an enormous amount of research left to do on the subject to determine when and where this is the most effective. More recent studies on this subject have been done, for example at the Tsurumi University in Japan (4).