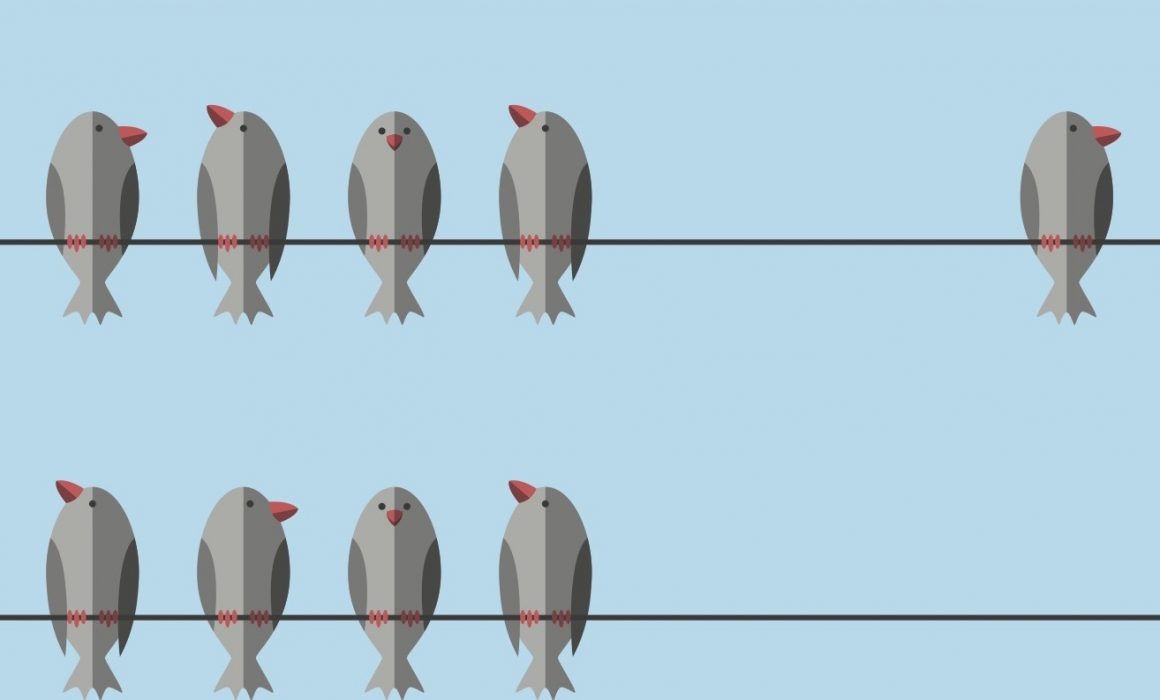 COVID-19: When over-doing it is not better than under-doing it

Yesterday morning, I told my spouse that from now on, one of my daily walks would be taken alone.

A few hours later, I added that I would go for a run every other day…also alone.

He looked up from his computer screen and asked me, “Are you okay?”

I’ve always been a loner and yet I love being surrounded by people.  Being confined with my son and spouse all day long, I’m beginning to feel like an animal in a cage.  Of course, I will walk with them regularly, but when we walk in a group (2 meters apart of course!), we talk.  Chatting fills my mind with things from the outside (other people’s words, their stories, etc.).

So, I started walking alone with the dog on occasion (well… technically not alone, you’ll tell me, but he talks less than the spouse!).  I l-o-v-e it!  For the first time in several days, I was able to let the thoughts in my mind flow freely without being interrupted by exchanges from my loved ones.  For a short period of time, I chose to think about absolutely…nothing!  I even stood still and watched a magnificent cardinal (I have always loved this bird) in a tree trying to court a female perched a few branches away.  No one said to me, “Let’s go!”  I was moving and walking at my own speed.  I came back invigorated, cheerful and ready to talk.

As I walked alone, I remembered the studies done by my colleague, John Cacioppo, of the University of Chicago, who for many years studied the effects of loneliness on the body’s stress response. John conducted most of his research with university students because he observed that many of them suffer from a great deal of loneliness, especially when they are called upon to leave family and friends to study at a university far from home.  In just about all of his studies, John has shown that loneliness is a very important stressor.  People who live alone produce more stress hormones than people who do not live alone.  Humans are not meant to be alone around the clock.

However, as I continued my walk, I was also reminded of earlier studies in rats that showed the effects of overcrowding on the body’s stress response.  Researchers housed rats in cages under different conditions.  In some cases, the rats were housed alone in a cage.  In others, they were housed between 2 and 16 rats per cage.  They measured the anxiety behaviours of the rats after 9 weeks of cohabitation and found that rats that were housed alone and those that were overcrowded (9 or more rats per cage) showed an increase in anxiety behaviours.

So, when we talk about the effects of cohabitation on the stress response, overcrowding is not necessarily better than living alone. Being constantly surrounded for long periods of time can generate a stress response.  Similarly, being alone for too long can also lead to stress.

What my colleague, John, and animal researchers have consistently shown is that the right balance has the most beneficial effects on the stress response.  Just enough solitude, just enough people around you.

As curious as it may seem in these times of pandemic, one can feel “overcrowded” in confinement and need a little solitude.

So, I’m going to continue my daily solitary walks and go running alone.  I will be well surrounded by my loved ones for the rest of the time.

And the decision has been made. I’m going to try my best to beat my son at Scrabble.  Can you imagine how many high-scoring words I’ll be able to come up with if no one interrupts my thoughts when walking alone?