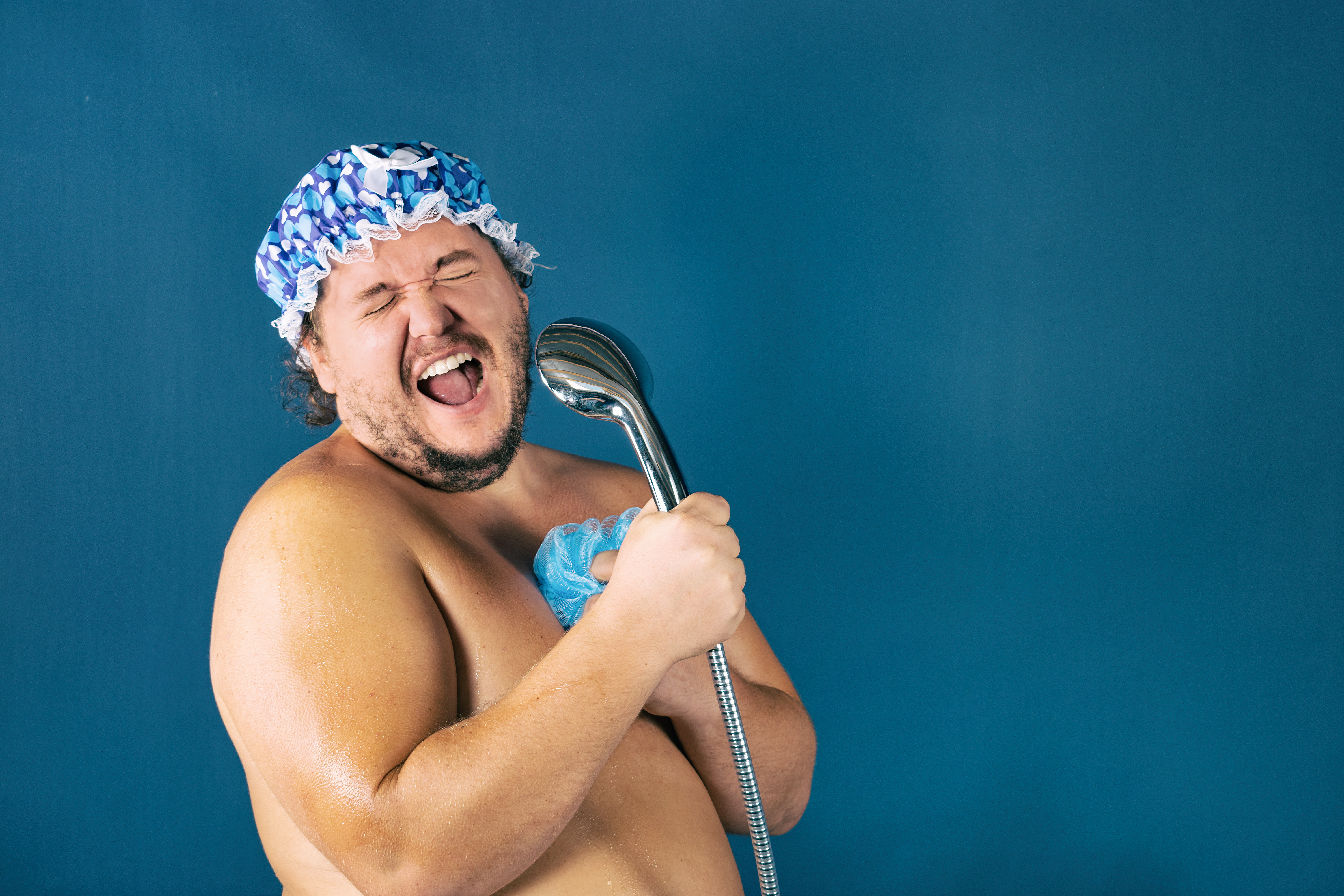 I recall that night very well.

My husband was out of town on a business trip, so I was alone to take care of my two children, aged 2 and 4 years at the time.  I had a dreadful day at work.  An extremely stressful meeting with my research team had ended with six people leaving the meeting with their teeth clenched. One of my scientific papers had been rejected by the editor of a highly recognized journal.  To add to my dismay, I had the arduous task of dismissing a member of my research team.  Not a light day to say the least.

At the end of my work day, I picked up my two children from the daycare centre at the hospital where my research lab was located.  I immediately felt that they too had a very tiring day.  It was winter.  Putting on winter jackets, mitts and boots on two squirming children is a real feat.  Lying on the floor in the middle of a tantrum, my son stubbornly refused to get into the one-piece suit I was trying to get him to put on.  While my son was wriggling on the floor, my daughter decided to go back to play with her friends in the daycare room.  My stomach was reeling from stress.  All I wanted to do was cry.

Once the children were in their car seats, we started our drive home.  The only sound I could hear in the car were two children crying and screaming at the top of their lungs.  The noise was unbearable.  My hands were clamped on the steering wheel, my teeth clenched, my stomach was in knots.  Too occupied dealing with my toddlers’ crying spells, I didn’t see the stop sign on the street corner.  A few seconds later, I noticed headlights in the car behind me.  A police car was indicating for me to stop.  Once again, I held back my tears.

Two policewomen were in the police car.  As one of them approached my vehicle, I rolled down my car window. She was immediately hit by at least 100 decibels from my screaming children.  I turned towards the policewoman, my face tense, my eyes hazy and puffy, my entire body sweating with exhaustion.  The policewoman looked at me, she turned to the two children who were in the backseat yelling at the top of their lungs and said, “Ma’am, I suggest you watch your stop signs.  There are plenty of them on this street”.  She then walked back to her vehicle and let me go.

I cried with joy.  To the police officer that day, if you recognize yourself in this story, thank you.  When I arrived home with my two tired children, I prepared dinner while they wailed in hunger. Once the kitchen was cleaned, it was now bath time.  My stress had not diminished one bit.  It was still there, sitting in my belly, preventing my lungs from breathing properly.  My hands were still clenching the dishcloth that I used to finish cleaning the kitchen. I felt that my patience was a second away from bursting into a rage that could blow the roof off the house.

Once the bath was running, I put my two toddlers in the tub and stood in front of them to supervise them.  The little ones were still full of energy and were playing and throwing water at each other.  I was getting splashed too and I could feel the steam slowly coming out of my ears.  It wouldn’t be long. I could burst into a deep, dark anger and I knew it.  I desperately needed a way to stop my stress response in its tracks so that it wouldn’t spill over onto my little ones.

So, I decided to give it a shot.  I interrupted the kids’ game and said, “My sweeties!  Let’s play a new game!  We’re going to sing the little farm animal song together”.  The little ones jumped into song without hesitation and I followed them in singing the melody.  Suddenly, my daughter stopped and said, “Mommy! You’re a loud singer!!”

Mommy had just put in place a proven method to lower stress hormones; singing.  After having sung three songs with my children at the top of my lungs, I felt better.  I had rid the energy I had been using throughout my day of multiple stress responses. I was breathing better and I had certainly not lost my patience with my little ones.

How does singing help lower stress hormones?  It’s simple.  When we sing, we are belly breathing, which decreases the stress response.  When your brain detects a threat, it will mobilize a massive dose of energy to allow you to fight the threat or run away if the threat is too great.  Now, what does ‘mobilize energy’ mean?   Energy mobilization looks a bit like the following situation.  Imagine that I present you with a 60 kg dumbbell and ask you to lift it.  What you are going to do is the following.  You are going to approach the dumbbell, take a deep breath or more, bend down, pick up the dumbbell and lift it up while holding your breath.  You’ve put all your energy into lifting that dumbbell.  Once the weight is lifted up in the air with your arms, you will continue to hold your breath, otherwise you may reduce your effort and have to let it fall back down.

It is quite easy to recognize when someone is under stress.  You just have to assess how shaky their speech is.  Shaky breathing is a clear sign that someone is in a state of energy mobilization and that he or she is holding their breath to do so.  If you were to give an oral presentation and hold 60 kg of weights at the same time, your voice would be shaky because you would keep holding your breath to be able to mobilize all the energy required to hold the dumbbell.  This is exactly what happens during a stress response.

However, underneath your rib cage is a muscle called the diaphragm.  When you breathe a lot of air into your body by making your belly swell, this creates an expansion effect in this muscle.  When a certain level of expansion is reached, the diaphragm activates the parasympathetic response, which causes the stress response to stop.  Of course, the exact physiological mechanism of this effect is very complex, but basically you just have to understand that the more the diaphragm is extended by the effect of the air rushing into your belly, the greater the likelihood that you will activate the parasympathetic system that stops the production of stress hormones.

A great way to do some belly breathing without realizing it is to sing.  When we sing, a large amount of air enters our body and causes the diaphragm to expand.  This expansion activates the parasympathetic system, which has an inhibiting action on the stress response.

Journalists often ask me if our generation is more stressed than our grandparents’ generation.  I always tell them that no one can answer this question because there have been no studies conducted on the subject.  However, when I look at how our ancestors lived, I tell myself that they had interesting mechanisms in place to reduce stress, probably without realizing it.

When I was young, I used to love New Year’s Eve parties because that was usually the time when we would do call-and-response songs.  Uncle Gerald would stomp his feet and we’d repeat the chorus he’d sing over and over again while sitting in a circle around him.  When Uncle Gerald arrived at the cheeky part of the song, we’d all looked at each other and laugh before cheerfully singing in response.  And by laughing, we also reduced our stress (I’ll come back to that later :))

Last night, Martha Wainwright invited Montrealer’s to sit on their balcony at 8:00 pm to sing Leonard Cohen’s ‘So Long, Marianne’ together.  Through a live social media broadcast, Ms. Wainwright led the choir.  For a researcher like me who has been working on human stress for a long time, such actions are not insignificant.  They do help to reduce stress amongst people.

But you don’t have to live in Montreal or go out on your balcony to benefit from this effect.  You can organize karaoke nights every Wednesday at home with Aunt Fanny and Uncle Robert and have them participate via Skype or Facetime.  You can decide to sing one tune a day from popular songs that your kids love, until the end of COVID-19 confinement.  You can sing at the top of your lungs when you’re alone in your car.  You can sing in your shower. And you don’t have to be a Ginette Reno to do it!

Or, once again, I’m dreaming… but we could try to revive call-and-response songs by asking our elderly who are isolated in nursing homes to bring out the old popular songs of the 1950s.  I can already picture Uncle Gerald, on Facetime, singing his cheeky chorus while 250 people on Skype respond to him in song, singing and laughing.

We could have a lot of fun while reducing our stress response!