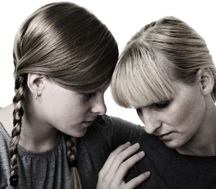 Children with a depressed parent, a risk factor for future deficits?

Heidemarie K. Laurent, an American researcher from the University of Wyoming, working with American and British colleagues, recently showed a link between a parent’s depressive symptoms and the stress response of his/her child.

Between 2003 and 2006, 361 American adopted children were recruited. In order to see if the stress response was caused by the influence of the genes or by the environment where the child grows up, information from the foster and the birth parents were gathered.

To better understand the link, they measured cortisol, a hormone involved in the stress response. Also, they made the foster and birth parents complete questionnaires.

They found an association between the child’s exposure to a depressed parent and an irregularity of the stress system, regardless of whether it was his birth parents or a foster one.

The study suggests that a depressed parent creates a stressful environment for his/her child. When a child’s brain is always being exposed to this source of stress, it attempts to protect the child from the bad effects of chronic stress. Consequently, it decreases the stress response, meaning that the child becomes less reactive to the environment. However, it also reduces the good stress, which is necessary for the child.  Reducing its sensitivity to the environment, the child’s brain is no longer able to distinguish between good and bad environments. Therefore, when the child is exposed to crucial information, the brain is less unable to retain it. Is it possible that the child’s brain, when faced with a recurring threat, has a defence mechanism to protect him/her?