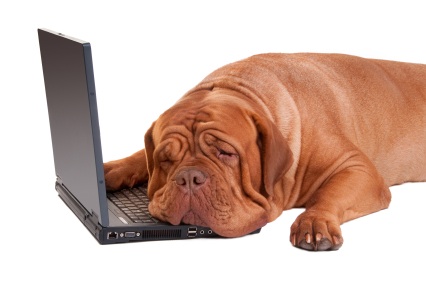 Bringing your dog to work lends to the impression of being less stressed!

Richard Barker, a researcher at the Virginia Commonwealth University, in partnership with his American colleagues, recently discovered that taking your dog to work decreased the owner’s perception of stress during the day.

Seventy-six full-time employees were recruited in a retail company in the United States. They were divided into three groups: those bringing their dog to work, those having a dog but leaving it at home, and those having no dog.

The results indicate that during the day, the stress experienced by workers who took their dog to work decreased, whereas it increased for the other 2 groups. The cortisol measures show no effect from the dog, but it is necessary to note that a single sample of salivary cortisol upon awakening is a limited index of the functioning of the stress system.

This study shows that dogs in the workplace are efficient in reducing stress perception, and could represent low-cost solutions of well-being for companies. It remains to be documented if the dog’s presence could reduce somatic cortisol levels during the day.